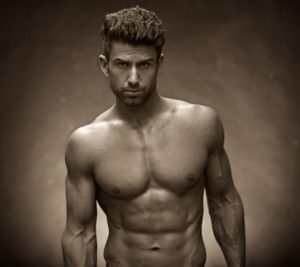 So maybe a gay documentary is not always the best for a first date with someone you found on a gay dating service, but they are great conversation starters. That said, eventually… you should watch some of these documentaries, some of them are downright brilliant. Emotional and impactful, many of these are connected in close ways to gay history.

1. The Times Of Harvey Milk – This film won an Academy award in 1984 as the Boston documentary of the year. In addition to providing a view of the struggles of gay men at the time, it also focuses on the courage of Harvey Milk. It is a great film to watch and packs an emotional punch.

2. For The Bible Tells Me So – A film that will touch all those gays that were raised Catholic, this is a highly awarded film that takes a look at Christian paint that is guided towards homosexuality. It includes interviews with a number of theology professors and holy people and takes apart the scant passages that “condemn” sodomy.

3. Common Threads: Stories From The Quilt – A film that was backed by Elizabeth Taylor, Whoopi Goldberg, and more, this film won an Academy award in 1989. It follows the lives of several people lost to AIDS, and documents how both they and so many others have been remembering through the AIDS Memorial Quilt. Narrated by Dustin Hoffman, this film is a must-see.

4. Paragraph 175 – of what happened to Jews during the Holocaust. It was terrible, and there was a lot of that going on in the world at that time. Fewer people are aware that homosexuals were being slaughtered at the same time, though many people do. “Paragraph 175” was pretty much the first good documentary to come out about this. Many people say it will always be the best one. It includes a lot of factual information and its soft-spoken nature adds to the already heartbreaking and scary information. A great film, watch it when you know you have the stomach for it.

Find Out More About Your True Desires

Try Out All Your Fantasies Safely